JOHNSTON, R.I., USA—FM Global, one of the world’s largest commercial property insurers, is making key changes to its executive management team, as it moves seasoned leaders within the company into newly created roles. 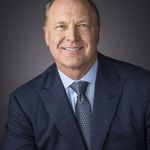 Bret N. Ahnell, executive vice president and a 34-year veteran of the company, has been named chief operating officer and will run insurance operations globally. He has previously managed FM Global’s staff operations and most recently its Americas operations. He joined the company in 1987 as a loss prevention consultant in Los Angeles, California, USA, and advanced to hold various positions, including district manager and operations manager. Prior to his current role, he was senior vice president, Western division manager. Ahnell holds a Bachelor of Science degree from the University of Arizona in mechanical engineering and has a CPCU designation. He will report to Malcolm C. Roberts, who was recently named president, effective Aug. 1, 2021. 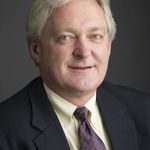 Kevin S. Ingram, executive vice president and chief financial officer, a 31-year veteran of the company, has been promoted to senior executive vice president and chief financial officer. He will continue to oversee all finance and risk management operations at the company in addition to other corporate functions. He began his career in 1990 as an associate controller in the company and has held various positions including treasurer, finance director and senior vice president, finance. Ingram joined the company after working as a senior manager in the insurance audit group at Ernst & Young, LLP in Chicago, Illinois, USA. He holds a bachelor’s degree from Northern Illinois University in DeKalb, Illinois, and is a certified public accountant (CPA). He will report to Malcolm C. Roberts, president, effective Aug. 1, 2021.

The following appointments will be effective Sept. 1, 2021: 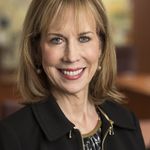 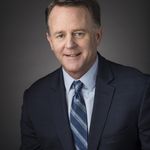 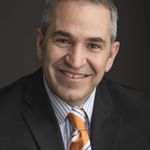 George J. Plesce, senior vice president, chief client experience and sales officer, has been named executive vice president, U.S., Latin America and sales, with oversight of regional insurance and engineering operations and global business development. He will be based in FM Global’s corporate offices in Johnston, Rhode Island, USA. A 30-year veteran of the company, Plesce joined the company in 1991 as a senior account representative in FM Global’s office in Malvern, Pennsylvania, USA, where he held various positions in sales. He also served as vice president, client service manager and as vice president, operations manager for Washington, D.C., USA, operations. Plesce holds a Bachelor of Science degree in marketing from Juniata College in Pennsylvania. He will report to Bret N. Ahnell, chief operating officer.

In addition to these appointments, James R. Galloway continues as executive vice president, with oversight of FM Global’s international operations and AFM, a division that provides commercial property insurance for the middle market. He also assumes responsibility for FM Global’s Canada and specialty industries division. He will report to Bret N. Ahnell, chief operating officer.

Established nearly 200 years ago, FM Global is a mutual insurance company whose policyholders share the belief that the majority of property loss is preventable and represent many of the world’s largest organizations, including one of every three Fortune 1000 companies. They work with FM Global to better understand the hazards that can impact their business continuity in order to make cost-effective risk management decisions based on the company’s scientific research capability, engineering expertise and insurance protection.

Our media relations team is available to assist members of the media with questions regarding FM Global.
Connect Now